TV wall mounts come in all varieties and its important to understand the differences.

Fixed Wall Mounts are fairly straight forward. Generally, a fixed TV wall mount is comprised of two parts; the piece(s) that attached to the back of the flat screen TV and the bracket fasten to the wall which the TV hangs on. Fixed wall mount bracket come in three general styles: Fixed, tilt, and slim profile.

The regular style usually causes the TV to sit one inch away from the wall. This one inch of space can be beneficial because it provides extra room for the various connection wires you might be using behind the TV. The wall bracket is usually fastened to a wood stud wall with lag bolts provided with the mount or to a concrete wall with the appropriate fasteners. 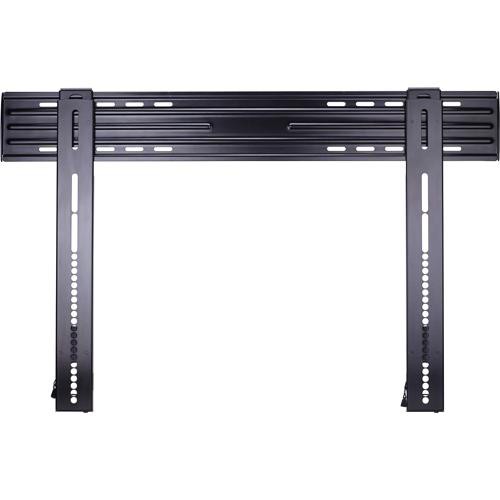 Slim Profile Wall Mount allows for the TV to hang exceptionally close to the wall. For example, LED television typically has a very narrow profile, under an inch in some cases. The slim profile mount only allows a gap under a ¼” separating the wall from the TV. Looking at the TV from the side you get the appearance the TV is nearly directly fastened to the wall and this makes of a very clean look. The downside is it is more difficult to service the connection wires or access the back of the TV to add connections. Slim profile TV mounts come in various sizes to accommodate different size TV but generally, they are designed to hold lighter weight TVs such as the LED versus the heavy plasma TV. 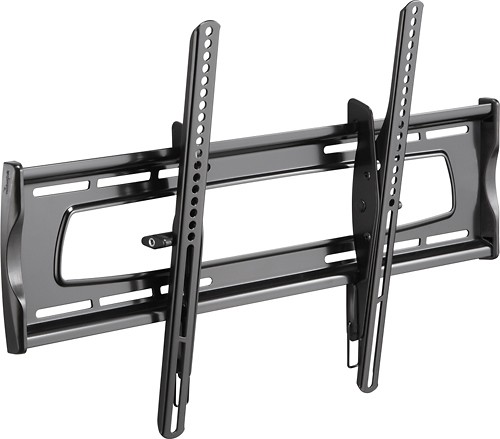 Tilting Wall Mount allows for the TV to tilt down at a slight angle. This is beneficial when a TV is mounted at slightly higher viewing angles such as over a fireplace mantel (a location that looks good but isn’t always too practical) 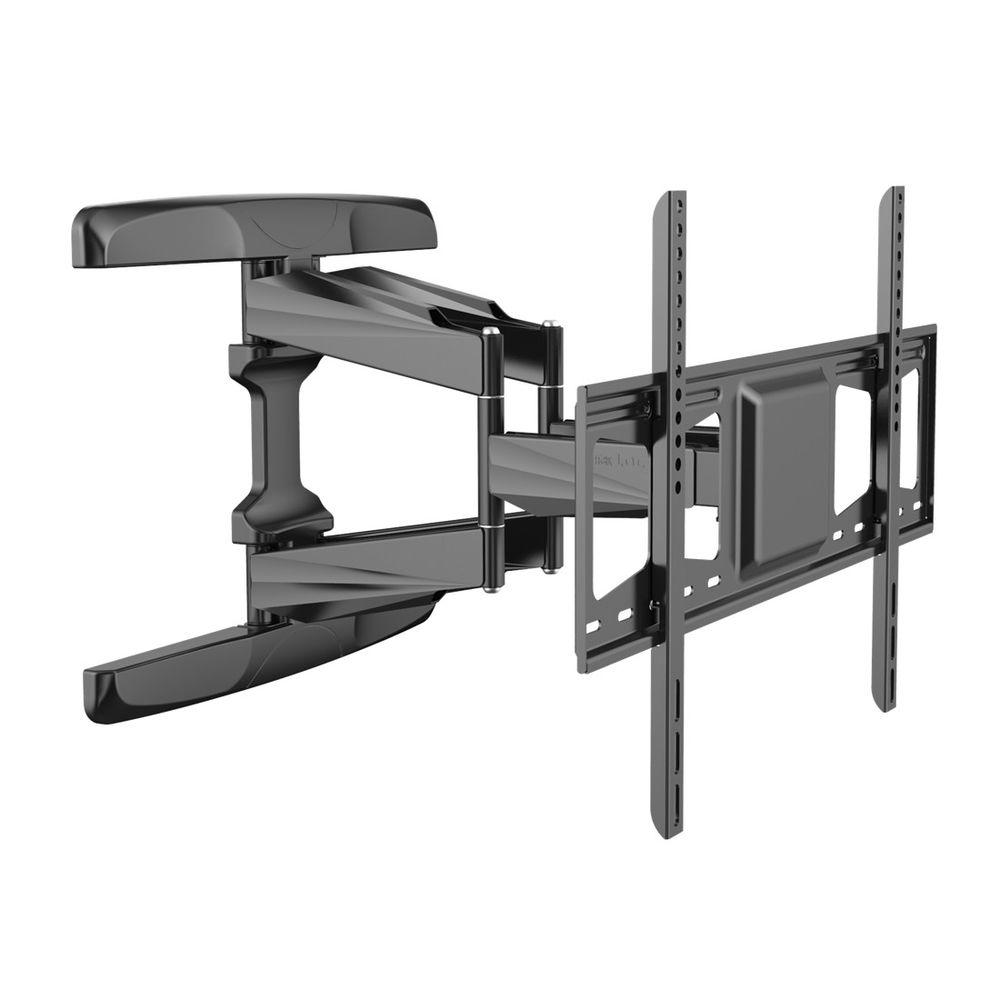 Articulating Wall Mount is also often referred to as a full motion mount. It’s design allows the user to pull the TV away from the wall and pivot the TV, either left or right, so it can be viewed from different angles. Articulating wall mounts have 2 general purposes. The first is for challenging installations whereby you want the TV in the corner or because of odd angled wall space. And the second is for when you periodically want to change the position of the TV so it becomes viewable from a different area in a room. Articulating wall mounts should only be fastened to sturdy secure walls such as wood frame or certain concrete walls. It is not recommended that an articulating mount be installed on a steel stud framed wall because the structure of the steel stud likely can fail under the increasing weight load of a TV pulled away from the wall surface. If you desire to use an articulating mount on a steel studded wall its recommended you consult a professional regarding opening the wall up and properly supporting the wall with wooded, solid 2X4s or other such lumber. 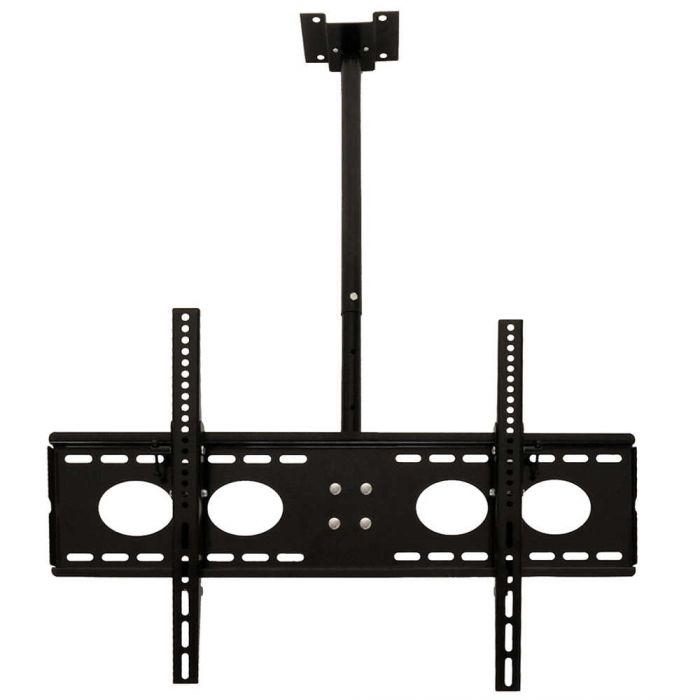 Ceiling mounts allow for a flat panel TV to hang from the ceiling. These mounts range from hanging a small TV in the corner to hanging a large flat screen outside or in a show room store area. Careful consideration has to be given to make sure the method used to secure the mount to the ceiling will support the weight and movement of the TV.

Motorized mounts are increasing in popularity. They are available in two basic forms: articulating and lifts. A motorized articulating mount allow the user to control the TV viewing angle by remote. A simple press of a button and the TV angles away from the wall more into the direction of the viewer such as a kitchen breakfast bar. The other form of motorized mount is designed to conceal the TV when not in use and bring it out when you want to view TV. Mounts are used to lift TV from under beds, or out from cabinets and wall, all via remote control.