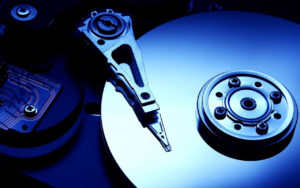 Data recovery is the process of restoring data that has been lost, accidentally deleted, corrupted or made inaccessible. In enterprise IT, data recovery typically refers to the restoration of data to a desktop, laptop, server or external storage system from a backup. Most data loss is caused by human error, rather than malicious attacks, according to U.K. statistics released in 2016. In fact, human error accounted for almost two-thirds of the incidents reported to the U.K. Information Commissioner’s Office. The most common type of breach occurred when someone sent data to the wrong person. Other common causes of data loss include power outages, natural disasters, equipment failures or malfunctions, accidental deletion of data, unintentionally formatting a hard drive, damaged hard drive read/write heads, software crashes, logical errors, firmware corruption, continued use of a computer after signs of failure, physical damage to hard drives, laptop theft, and spilling coffee or water on a computer. The data recovery process varies, depending on the circumstances of the data loss, the data recovery software used to create the backup and the backup target media. For example, many desktop and laptop backup software platforms allow users to restore lost files themselves, while restoration of a corrupted database from a tape backup is a more complicated process that requires IT intervention. Data recovery services can also be used to retrieve files that were not backed up and accidentally deleted from a computer’s file system, but still remain on the hard disk in fragments. Most data recovery processes combine technologies, so organizations aren’t solely recovering data by tape. Recovering core applications and data from tape takes time, and you may need to access your data immediately after a disaster. There are also risks involved with transporting tapes. 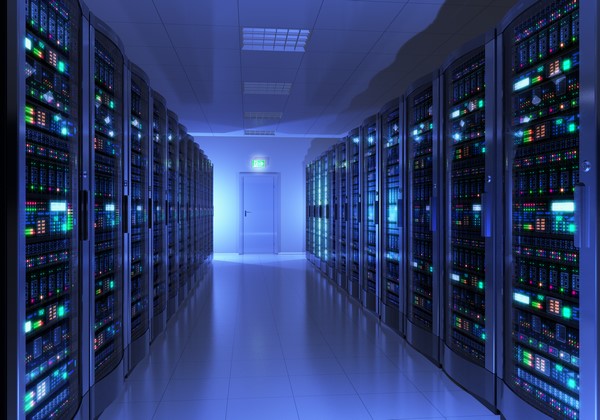 A backup, or the process of backing up, refers to the copying and archiving of computer data so it may be used to restore the original after a data loss event. Since a backup system contains at least one copy of all data considered worth saving, the data storage requirements can be significant. Any backup strategy starts with a concept of a data repository. Regardless of the repository model that is used, the data has to be stored on some data storage medium.

The capacity-to-price ratio of hard disk has been rapidly improving for many years. This is making it more competitive with magnetic tape as a bulk storage medium. The main advantages of hard disk storage are low access times, availability, capacity and ease of use. External disks can be connected via local interfaces like SCSI, USB, FireWire, or eSATA, or via longer distance technologies like Ethernet, iSCSI, or Fibre Channel. Some disk-based backup systems, such as Virtual Tape Libraries, support data deduplication which can dramatically reduce the amount of disk storage capacity consumed by daily and weekly backup data. The main disadvantages of hard disk backups are that they are easily damaged, especially while being transported and that their stability over periods of years is a relative unknown.

Recordable CDs, DVDs, and Blu-ray Discs are commonly used with personal computers and generally have low media unit costs. However, the capacities and speeds of these and other optical discs are typically an order of magnitude lower than hard disk or tape. Many optical disk formats are WORM type, which makes them useful for archival purposes since the data cannot be changed. The use of an auto-changer or jukebox can make optical discs a feasible option for larger-scale backup systems. Some optical storage systems allow for cataloged data backups without human contact with the discs, allowing for longer data integrity.

Also known as flash memory, thumb drives, USB flash drives, CompactFlash, SmartMedia, Memory Stick, Secure Digital cards, etc., these devices are relatively expensive for their low capacity in comparison to hard disk drives, but are very convenient for backing up relatively low data volumes. A solid-state drive does not contain any movable parts unlike its magnetic drive counterpart, making it less susceptible to physical damage, and can have huge throughput in the order of 500Mbit/s to 6Gbit/s. The capacity offered from SSDs continues to grow and prices are gradually decreasing as they become more common.

As broadband Internet access becomes more widespread, remote backup services are gaining in popularity. Backing up via the Internet to a remote location can protect against some worst-case scenarios such as fires, floods, or earthquakes which would destroy any backups in the immediate vicinity along with everything else. There are, however, a number of drawbacks to remote backup services. First, Internet connections are usually slower than local data storage devices. Residential broadband is especially problematic as routine backups must use an upstream link that’s usually much slower than the downstream link used only occasionally to retrieve a file from backup. This tends to limit the use of such services to relatively small amounts of high value data. Secondly, users must trust a third party service provider to maintain the privacy and integrity of their data, although confidentiality can be assured by encrypting the data before transmission to the backup service with an encryption key known only to the user. Ultimately the backup service must itself use one of the above methods so this could be seen as a more complex way of doing traditional backups.

Cloud storage is a term that refers to online space that you can use to store your data. As well as keeping a backup of your files on physical storage devices such as external hard drives or USB flash drives, cloud storage provides a secure way to remotely store your important data. Cloud storage is a service model in which data is maintained, managed, backed up remotely and made available to users over a network. Cloud-based data is stored in logical pools across disparate, commodity servers located on premises or in a data center managed by a third-party cloud provider. The simplest type of cloud storage occurs when users upload files and folders on their computers or mobile devices to an internet server. The uploaded files serve as a backup in case the original files are damaged or lost. Using a cloud server permits the user to download files to other devices when needed. The files are typically protected by encryption and are accessed by the user with login credentials and password.